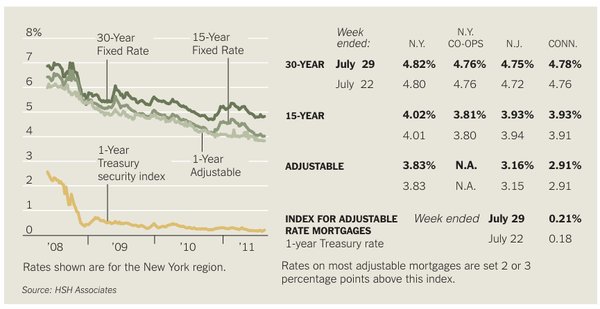 TIGHTER lending requirements and an unstable job market have made it tougher for some people, especially those just starting out, to qualify for a home mortgage on their own; finding a family member or close friend with good credit to co-sign a home loan may seem like the good solution.

But money managers and lenders caution those who are asked about co-signing against jumping into such an arrangement.

“A co-signer is really a co-borrower,” said John J. Vento, the president of the Comprehensive Wealth Management Group, a financial planning firm in Staten Island. “Unless you’re ready, willing and able to make the payments for the family member, I would recommend not co-signing for the loan.”

Indeed, if the principal party defaults on the loan, the co-signer is on the hook.

Ronald Rogé, a financial planner in Bohemia, N.Y., suggests that as a less risky alternative, potential co-signers consider providing a cash gift for the down payment. Under current tax laws, you can generally give as much as $13,000 to a person, free of gift taxes, or $26,000 per person, if a married couple filing jointly is giving the money.

“The only reason they want you to co-sign is they can’t afford the house,” Mr. Rogé said. “Make it between them and the bank” on the actual loan.

In 2010, 27 percent of first-time buyers received gifts from friends or relatives toward home purchases, up from 22 percent in 2009, according to a National Association of Realtors survey of 8,449 buyers released last fall. Nine percent received loans from relatives or friends, virtually the same number as during the boom year of 2005, the poll showed.

Those who are considering co-signing a mortgage must conduct some serious due diligence. First, you must understand why the family member or friend is asking for help. Even though it may be, say, your son or your sister, don’t be afraid to look into that person’s personal finances to help determine whether he or she will be able to repay the loan, and to peruse credit reports, which will show the track record for paying off debts.

“Take emotions out of it,” said Neil Diamond, a mortgage banker at Legacy Real Estate in Commack, N.Y. “Ask the questions you would of a stranger, as if it were an investment.”

Also, discuss worst-case scenarios before you co-sign. If your child lost her job or the mortgage became delinquent, what recourse would you have? Work out a written contract containing an agreement that you could, for example, require a sale of the property if the person you were helping was in danger of defaulting. Think about how to protect your interests in a foreclosure or loan default, Mr. Diamond said.

Other financial experts suggest you consider the family connection: how close you are to the person asking for a guarantor.

“When it gets into nephews and cousins,” said Ed Mooney, a wealth strategist with BNY Mellon in Manhattan, “it tends to be more tenuous” to agree to co-sign.

In addition to the potential for being held responsible for repaying a large mortgage if your relative or friend fell behind on payments, there are other potential risks. The mortgage shows up on your credit report, and that could affect your ability to borrow money or buy a second home. Any late payments by the principal borrower will also show up on your report — and if there are several of them, they will very likely reduce your credit score.

Yet Mr. Mooney and others say that co-signing may be inevitable in some instances, given the financial environment. So after you’ve signed on the dotted line and the person you are helping has moved in, keep regular track of that person’s mortgage payments. Request that you be copied in on statements or online payments so you know they are being made, Mr. Mooney added.

And who knows? In three years or so, your relative may have improved his creditworthiness and might even remove you as a co-signer.